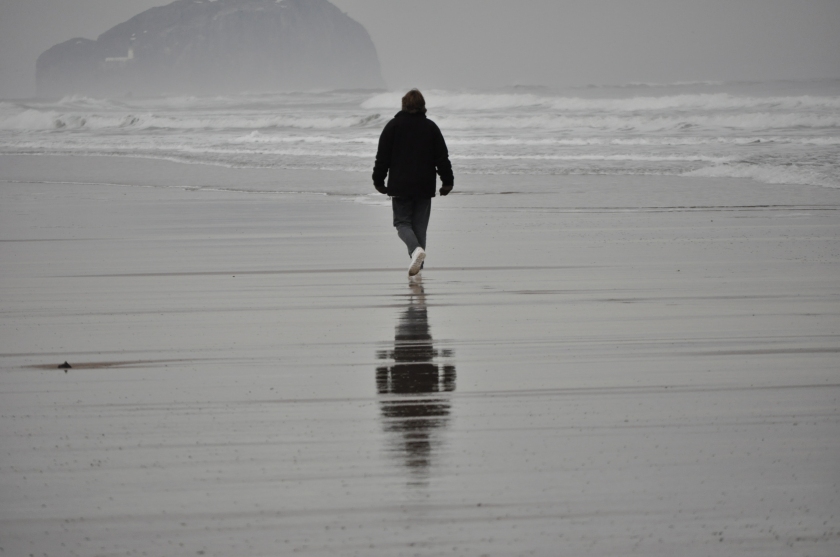 January 25, 2017 B. Purdue One Off Stories, Stories from Life Leave a comment

Night after night he would just sit there and try to write. Something. Anything. Nothing worth recording ever came. Anything that did manage to hold a presence in his mind, never more than a few seconds, was all garbage. Perhaps if he wrote some of these fleeting thoughts down, he could sift through it all and piece together some sort of competent work. This thought was almost as absurd as the fragments that would come and go. An obvious exercise in futility was all it was. He was never a fan of that “modern” art that was a result of someone forcing together a number of items they collected from the trash.

Shouldn’t he have been able to produce something by now. Throughout the day, ideas would playfully dance into his mind as if they had no where else to be and nothing better to do. Apparently, they operated on a different schedule that he did. He waited like some poor fool who has found himself in an indefinite denial when stood up on a date. Perhaps the reasoning for the disappearance of these ideas wasn’t entirely localized to him but had some sort of explanation in a scientific discipline. He had recently read of a study that suggested that even small bouts of walking can help jump-start the creative process. And yet, in the same study they mentioned that sitting and being still can focus one on the task at hand and help extract the available ore from a specific mine of creativity. What then? Was it a process that he would need to work on where he walked about his house until he noticed some tangible start to a creative engine and then force himself to sit still and record it all in one flawless motion. This sounded like quite the amount of work with a very small chance for success.

Rather, he assumed that it had more to do with the fact that when he was out and about during the day, many things were happening around him. The infinite possibilities of stories that happened  was an ample amount of food for his mind. He would never run out of source material, but now, here he was by himself sitting in a poorly lit room starting at a blank page. Nothing else there. It’s one thing to blame a man for not eating when there is a feast of food present before him. I’m afraid you can’t afford to attach much blame to him when there isn’t any food present. Alas! He hadn’t advanced to the level of his far-off mentors who seemed to be able to conjure the food of their liking at a moments notice. And it was exactly this which he wanted. His writing wasn’t the representation of some great imaginative world currently all around him with a pulsing vitality, keeping him entertained while others continued on in their own dull lives. It was, rather, an attempt to find and bring a small part of that world,if it did indeed exist, into the mundane experiences that he found himself in all those fruitless nights. A way to rescue himself from the boring quietness.

Is there not more?

He glanced at the clock. It was late.

“Perhaps tomorrow,” he said to himself as he walked down the hall to his bed.

A link to a brief article about the study on walking and creativity.

This site uses Akismet to reduce spam. Learn how your comment data is processed.

Find us on Social Media

Welcome to the bottom of the page. If you’re looking for the bathroom, it’s just down the hall, second door on the right.